Intel has confirmed that a source code leak for the UEFI BIOS of Alder Lake CPUs is authentic, raising cybersecurity concerns with researchers. Alder Lake is the name of Intel’s 12th generation Intel Core processors, released in November 2021.

Online retailer Zoetop will fork out $1.9 million after account data belonging to 46 million customers was stolen in 2018. In announcing the settlement this week, New York Attorney General Letitia James said Hong Kong’s Zoetop, which owns fast-fashion brands Shein and Romwe, also tried to downplay the scale of the cyberattack and was pretty bad at securing people’s personal information.

Miscreants broke into the Church of Jesus Christ of Latter-day Saints’ computer systems and stole personal data belonging to « some » members, employees, contractors and friends, the church has confirmed. According to a church statement on the « data incident, » posted on its website today, the security breach happened in late March 2022.

Toyota Motor Corporation warns customers that their personal information may have been accidentally exposed after an access key was publicly available on GitHub for almost five years. The carmaker discovered recently that a portion of its T-Connect site source code was mistakenly published on GitHub.

As seen by Hackread.com, the Iranian broadcaster was hacked while airing a news bulletin on Saturday night.

Update: Title of story modified to indicate it was the sites taken down. The pro-Russian hacktivist group ‘KillNet’ is claiming large-scale distributed denial-of-service (DDoS) attacks against websites of several major airports in the U.S., making them unaccessible.

It was LockBit that forced NHS tech supplier to shut down

Advanced, a managed software provider to the UK National Health Service, has confirmed that customer data was indeed lifted as part of the attack by cyber baddies that has disrupted operations for months.

Almost 900 servers have been hacked using a critical Zimbra Collaboration Suite (ZCS) vulnerability, which at the time was a zero-day without a patch for nearly 1.5 months. The vulnerability tracked as CVE-2022-41352 is a remote code execution flaw that allows attackers to send an email with a malicious archive attachment that plants a web shell in the ZCS server while, at the same time, bypassing antivirus checks.

Wynncraft, one of the largest Minecraft servers, was recently hit by a 2.5 Tbps distributed denial-of-service (DDoS) attack. It was a multi-vector attack that lasted for about two minutes and consisted of UDP and TCP floods packets attempting to overwhelm the server and keep out hundreds of thousands of players, DDoS mitigation company Cloudflare says.

Fortinet warns that critical authentication bypass flaw has been exploited

The Cybersecurity and Infrastructure Security Agency (CISA) has added a Fortinet critical flaw to its known exploited vulnerabilities catalog. CISA on Tuesday added the flaw to the KEV catalog, a day after Fortinet revealed an authentication bypass CVE-2022-40684 that it patched last week was already being exploited in the wild.

On Thursday, a Puerto Rico judge sentenced a former University of Puerto Rico (UPR) student to 13 months in prison for hacking over a dozen email and Snapchat accounts of female colleagues. The defendant, Iván Santell-Velázquez (aka Slay3r_r00t), pled guilty to cyberstalking on July 13, admitting to targeting more than 100 students. 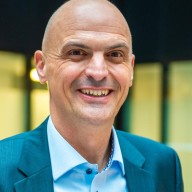